RANCHO SANTA MARGARITA, Calif., May 10, 2017 /PRNewswire/ -- With graduation season underway, commencement speakers are giving students one last lesson before entering the work force. The most effective speakers share their own life experiences and offer the graduates and their families 15 minutes of uplifting, often humorous and personal observations about what it takes to succeed in life. 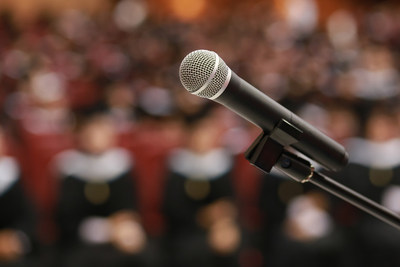 Toastmasters International, which has helped millions of men and women learn to speak with confidence and poise in front of audiences, highlights six speeches below (in chronological order) as some of the most memorable commencement speeches.

To schedule an interview with a Toastmasters leader about how to deliver a memorable speech, or why these commencement speeches stand out, email pr@toastmasters.org.